ReviewsPlus is an independent, advertiser-supported listing and review website including products and services of companies from which we may receive advertising, affiliate fees, or other compensation, which may affect the location and order of listings and reviews. However, companies cannot pay for positive reviews. The content of reviews are independently written without regard to the amount of compensation received. ReviewsPlus strives to keep all of our reviews and information accurate and up to date, but the seller’s information on a specific service or product website may be different and should be verified before purchase. All reviews and information regarding services and products are presented without warranty by ReviewsPlus.

Our ratings are based on the informed opinions of our editors. The ReviewsPlus editorial team ranks products based on an analysis of a brands online search results, consumer reviews, compensation that we may receive, and the buying habits of our own consumers. Finally, we provide an easy-to-understand list outlining what we have discovered. 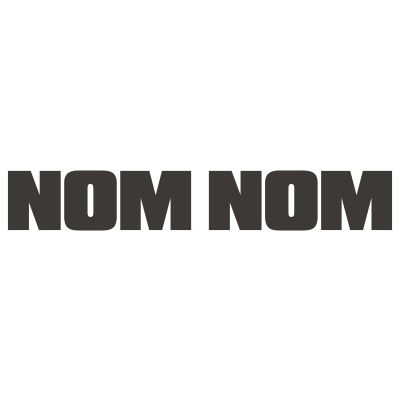 It can be tough to figure out which type of pet food is right for your furry friend. There’s an almost endless number of options to choose from, each of which claims to provide its own unique nutritional benefits. This can make separating the legit companies from the imposters a real challenge.

But one company that’s absolutely for real is Nom Nom. It sells a wide variety of nutrient-dense meals for both cats and dogs. The company also has healthy treats and even pet supplements for you to buy. The best part is that everything Nom Nom sells can be shipped directly to your doorstep in just a few days. That makes it super easy to make your pet’s diet a healthier one.

If you’re interested in learning more about Nom Nom, then you’ve come to the right place. Keep reading this Nom Nom review to learn everything that you need to know about the company’s offerings and whether they’re right for your pet.

Nom Nom stands apart from the competition in a few different ways. First, each of the company’s meals was designed by a board-certified Veterinary Nutritionist, Dr. Justin Schmalberg. There are fewer than 100 of these in the entire United States. So you know that a meal you buy from Nom Nom is going to have the nutrients that your cat or dog needs to thrive.

The company also has some impressive sourcing methods. Nom Nom uses only restaurant-quality proteins and vegetables. Their motto is that if they wouldn’t eat it, they wouldn’t expect your pet to either. That’s why all of the company’s ingredients come from U.S. growers and suppliers. Nom Nom even processes its meals in the United States as well.

Nom Nom also has an impressive array of supplemental offerings. For example, the company sells two types of jerky treats for dogs, which are made from 100% USDA-Certified beef and chicken. Nom Nom also sells pet supplements for improved gut health.

With its wide selection, Nom Nom has something for every type of pet, even picky eaters. Even better, each of the company’s meals is packaged with precision to ensure that your pet gets the exact nutrients and calories that it needs from the food.

What Does Nom Nom Sell and Company Info

Nom Nom is based out of Oakland, California. That’s also where it does much of its processing. However, the company also has a fresh kitchen facility in Nashville, Tennessee. Nom Nom was founded in 2015.

From its inception, Nom Nom’s goal has always been to provide pet parents with healthier food options for their furry friends. More specifically, the company has tried to make it easier for pet owners to get healthy food for their animals by creating a subscription delivery service that drops those meals off right at their doorsteps.

Nom Nom delivers its meals weekly, biweekly, or monthly delivery cadences, depending on the size and number of the dogs. The company doesn’t accept any returns due to the fresh nature of its products. But it might refund you if there was a problem that caused the food to spoil during the shipping process. You would need to contact Nom Nom directly to get this refund.

Nom Nom also provides a warranty of sorts to its consumers. If you make the switch to Nom Nom and don’t see any differences in your pet after 30 days, then the company will give you a full refund for your first 30 days of food.

Nom Nom sells a ton of different meal options for pet parents to choose from. Here’s what they have for dogs:

Nom Nom is a bit more limited in what it offers for cats. The company currently only sells one type of cat food, called Chicken Cuisine. It comes with the following ingredients:

The company’s supplements are meant to support the gut health of cats and dogs. Nom Nom sells full-spectrum for both types of animals as well as a GI-targeted probiotic for dogs, which all come in a 30-day supply. You can also buy a microbiome testing kit from Nom Nom, which can help you learn more about your pet's unique dietary needs.

How Does Nom Nom Compare to Other Pet Food Deliveries?

All of Nom Nom’s meals are free of wheat gluten and processed grain fractions. Most are also grain-free. But you can still purchase grain-inclusive options if you want that, such as Nom Nom's Turkey Fare for dogs which has brown rice.

Is Nom Nom good for dogs?

Yes, Nom Nom is very good for dogs. It’s packed full of real ingredients that are safe enough for humans to eat. Switching your dog to Nom Nom meals could help them feel and look their best.

Is Nom Nom good for puppies?

The fresh ingredients that Nom Nom uses in its meals are also great for puppies. Nom Nom’s meals are formulated for all life-stages, and they take into account the extra calories puppies need to ensure they are getting the right portions.

Is Nom Nom good for cats?

Yes, Nom Nom’s cat food is fantastic for your feline. But the company only sells one type of cat food at the moment, which could make it difficult to switch your cat to an all-Nom Nom diet.

No, Nom Nom uses fresh ingredients in its meals. All recipes are gently cooked in their facilities. The company’s nutrition experts believe that this is what’s best for cats and dogs.

Nom Nom is shipped to your doorstep with dry ice in the box to keep the food fresh. The food you get will be cold and possibly slightly frozen when it arrives. But the company doesn’t freeze the food in its facility before shipping it out to you.

Does Nom Nom deliver to Canada?

At this time, it doesn’t appear as though Nom Nom will deliver its products to Canada. But that could change in the future as the company continues to grow.

How much does Nom Nom cost?

Price will vary based on the size of your dog and how much food it needs each day. But you can expect to spend somewhere between $3 and $10 daily on Nom Nom.

Which is better Nom Nom or Farmer’s Dog?

Both of these pet food delivery services are great. But Nom Nom may come out slightly ahead due to its wide selection of products.

What is the best dog food delivery service?

There are lots of good dog food delivery services available to choose from. But some of the best are Nom Nom, Spot & Tango, Ollie, PetPlate, and Darwin’s Pet.

What is the best fresh dog food?

There are lots of good fresh dog foods to choose from. But Nom Nom’s offerings are some of the best on the market in terms of quality.

Yes, Nom Nom uses human-grade ingredients in all of the pet food meals that it offers.

Yes, the company makes its boxes, meal packs, and liners out of recyclable materials. So you don’t have to worry about damaging the environment when shopping with Nom Nom.

Nom Nom doesn’t accept returns. But the company does have a 30-day guarantee. If you try Nom Nom for 30 days and you don’t see a difference in your pet, they will refund you the full price of your first 30 days of food.

How do I cancel a subscription with Nom Nom?

To cancel your Nom Nom subscription, you need to contact the company’s customer service staff. You can do that by calling (415) 991-0669 or email them at care@nomnomnow.com.

Where does Nom Nom make its food?

Nom Nom makes all of its food in the United States. It has a processing plant in California’s Bay Area and another in Nashville, Tennessee.

Nom Nom is one of the best pet food delivery services on the market today. The company sells a wide variety of meals, supplements, and treats for both cats and dogs.

These meals are priced affordably, made out of high-quality ingredients, and formulated by a veterinary nutritionist. Ordering from Nom Nom is a breeze as well. Doing so is as simple as visiting the company’s website, picking out what you want, completing the checkout process, and waiting for the food to arrive at your doorstep. You won’t even have to go through this process a second time if you decide to set up a subscription with Nom Nom.

The biggest downside to shopping with Nom Nom is the company’s lack of cat food options. They currently only sell one meal for felines. That means Nom Nom may be a better option for dog owners. 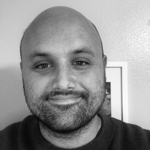